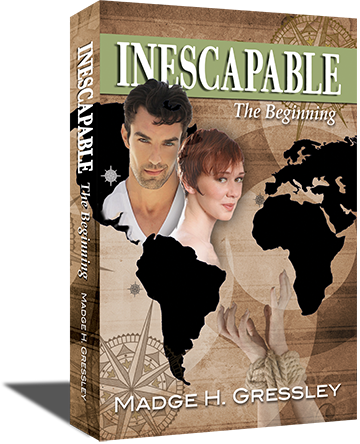 I received a copy of this book in exchange for an honest review.

When Brad is suddenly called away to personally oversee repairs on a secret project in Lima, he promises Darcey that he will be home in a couple of weeks. When five weeks pass with no word from Brad, Darcey impulsively takes matters in her own hands and decides to travel to Peru in order to find out what has happened to her beloved.

Darcey reaches out to Brad’s partner, Armando, to help her reach Brad; not realizing that Armando is suspected of sabotaging the project, and is unwittingly playing into Armando’s plans for revenge against Brad. However, Armando never gets the chance to implement his plans because she is kidnapped by an employee of a human trafficker who knows that his boss can get top dollar for selling a delicate and seemingly innocent American woman to the highest bidder.

Will Darcey find a way to escape, or will Brad realize what has happened and rescue Darcey before she is sold to the highest bidder? If he does rescue her; will she even remember him?

Inescapable: The Beginning by Madge H. Gressley contains several different elements: some action, intrigue, suspense, and romance. I was instantly charmed by Darcey’s character, and was engrossed in the book from the beginning to the end. The book had a fast pace, but it wasn’t a whirlwind of activity; the plot and the characters had depth and were well thought out; and I didn’t find the story line predictable.

I really enjoyed Inescapable: The Beginning by Madge H. Gressley; Gressley has managed to combine the elements of suspense, intrigue, and romance to create a balanced, well-paced, and interesting story. I am really looking forward to reading more about Darcey and Brad in the next book, Inescapable: Remembering.